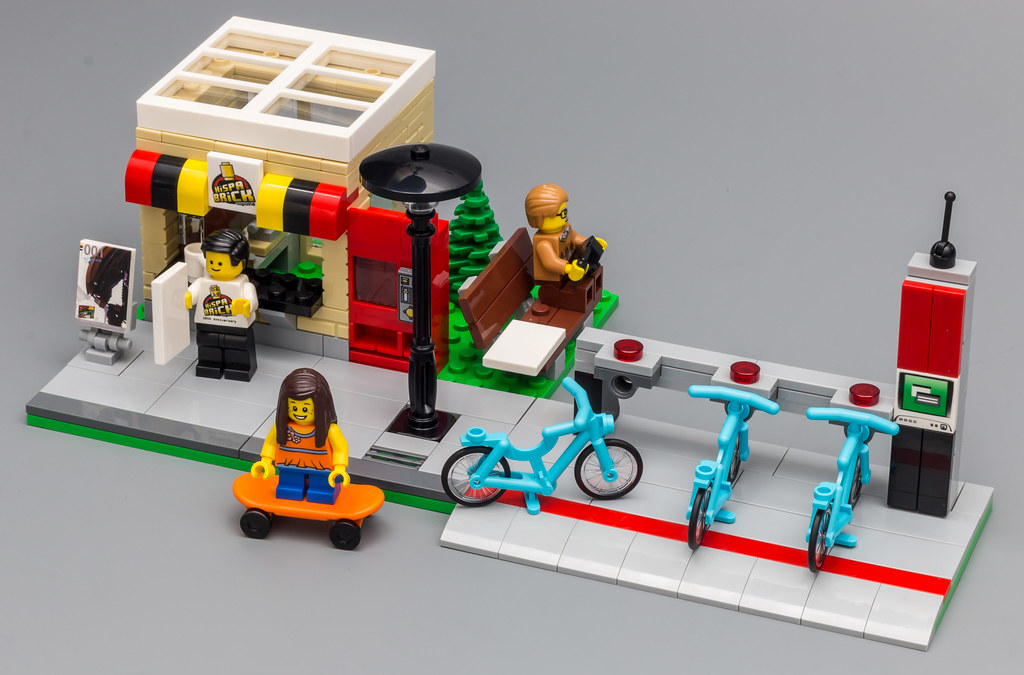 Last year I was asked if I wanted to be the Eurobricks person to maintain contact with HispaBrick Magazine. I had never met Lluis or Jetro in person, but of course I was eager to maintain our good relationship with this great magazine. Due to some random events, I got to meet both Lluis and Jetro in Billund last year during the LEGO Fan Media Days. Turns out they are just as annoy...uhmmm.....friendly as they are online :wink: It's nice to meet people with the same, or even more, passion for the LEGO brick as myself or our own Eurobricks members.

This year is already the 10th Anniversary of HispaBrick Magazine and they decided to design an commemorative set for this event. Being the contact sometimes pays off, because I was asked if I was interested in reviewing the set. Of course, I was excited to see what the set was all about.

The box show that it's the 10th Anniversary Set and apparently I am one of the 50 proud owners of this unique set. Unless all the boxes show 38 of 50 :laugh: 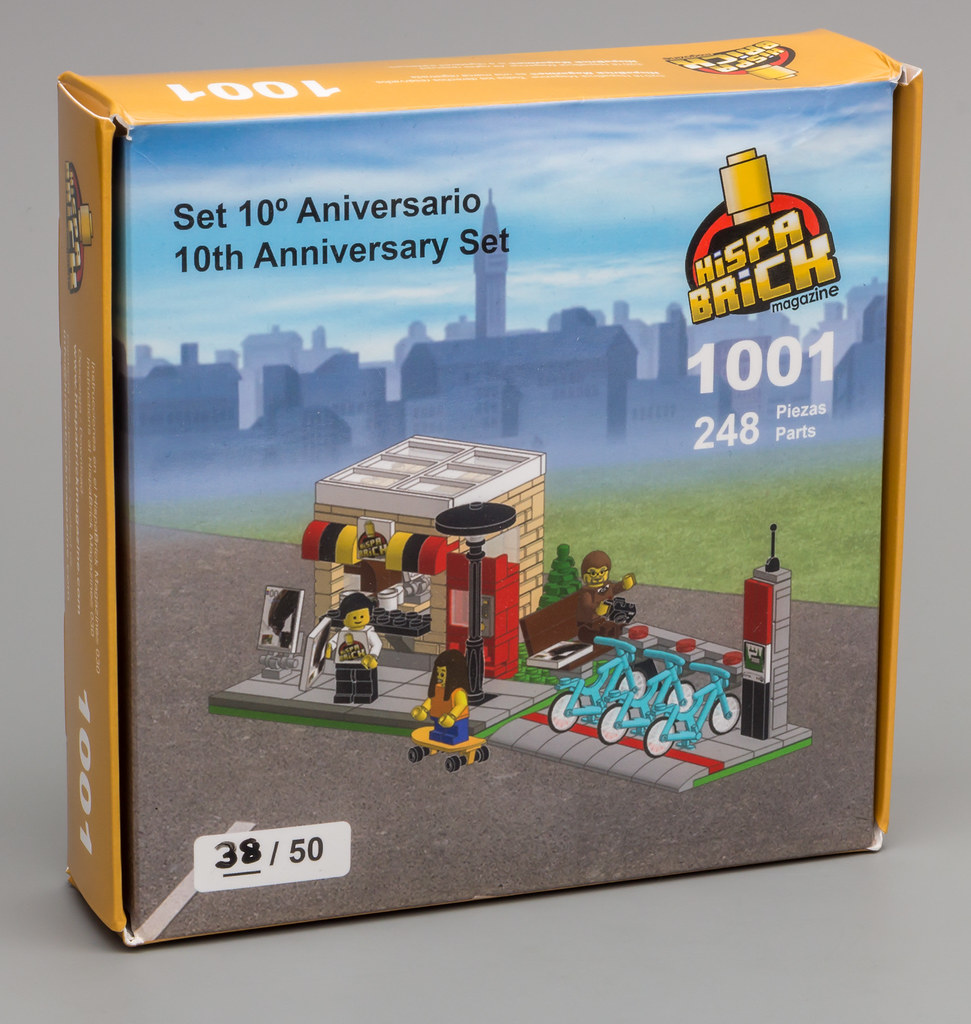 The back tells us a bit of the history of the magazine in Spanish and English, as well as the complete part list of the set. 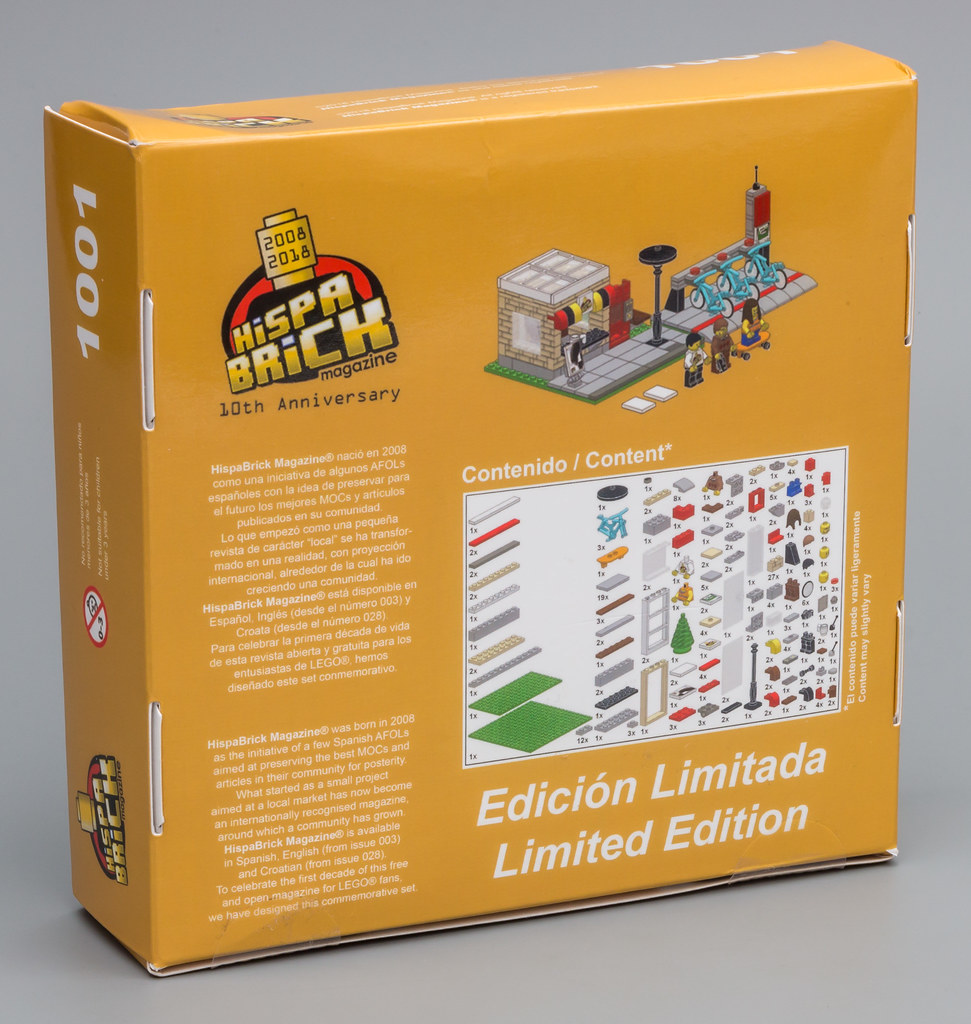 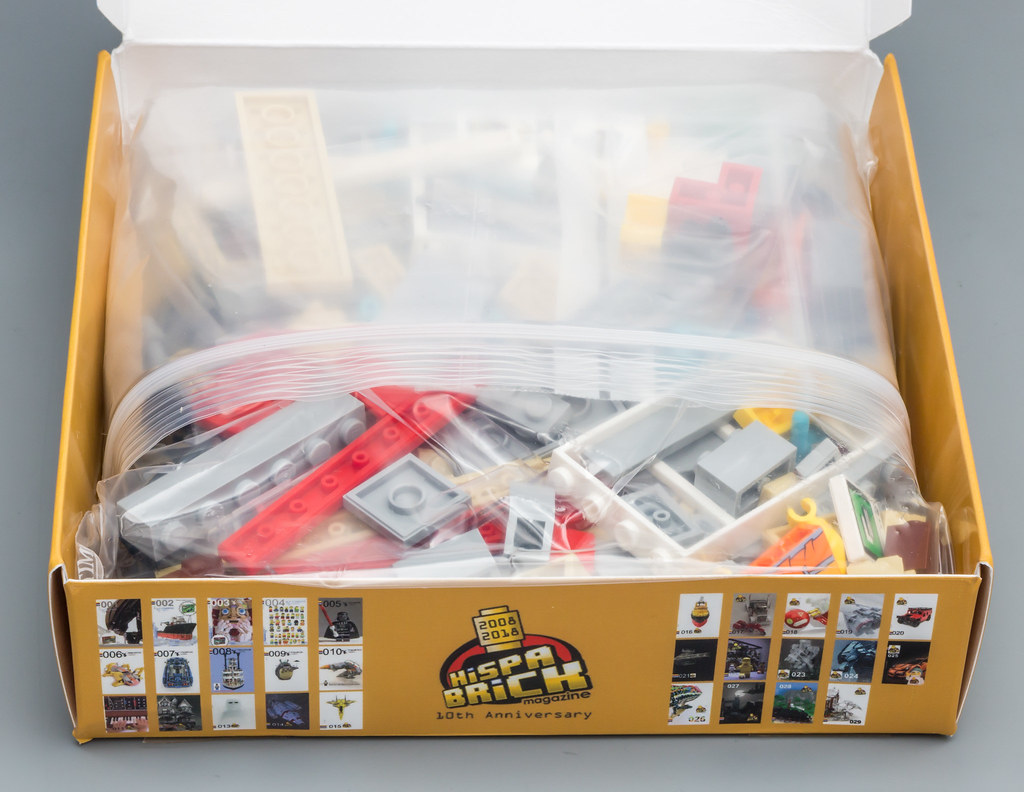 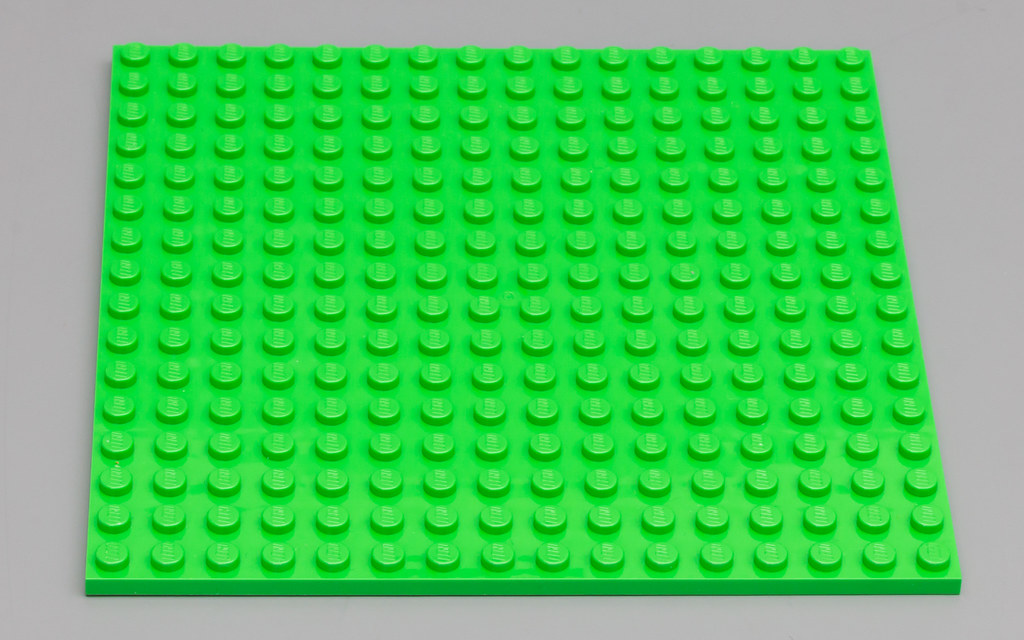 The sticker sheet contains all the covers of the past magazines! How cool is that?! I do see a lot of familiar MOCs on those covers. I really love the one with that cool life sized Mindstorms Robot made by Jim from Eurobricks. Yeah, that's probably never going to happen :laugh: 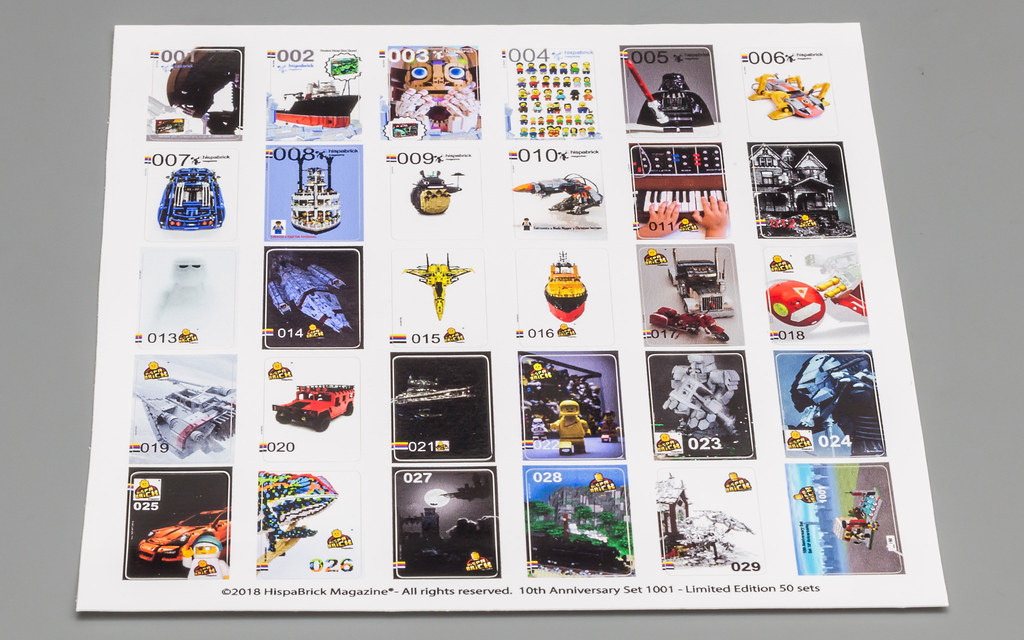 Here's the complete part list of all the bricks used in this set. 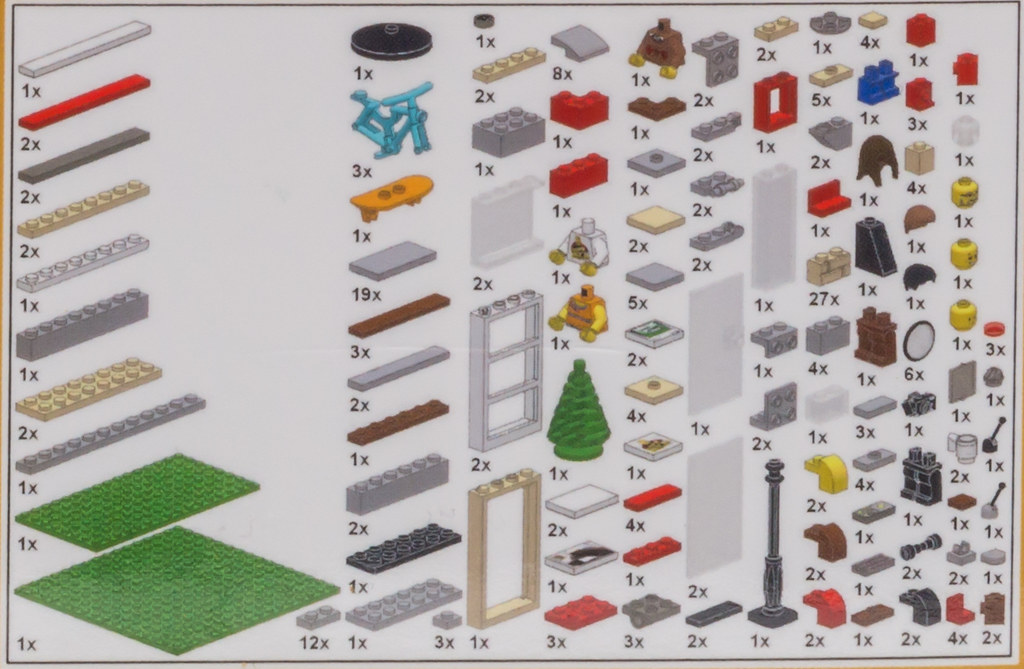 Which more or less boils down to these parts: 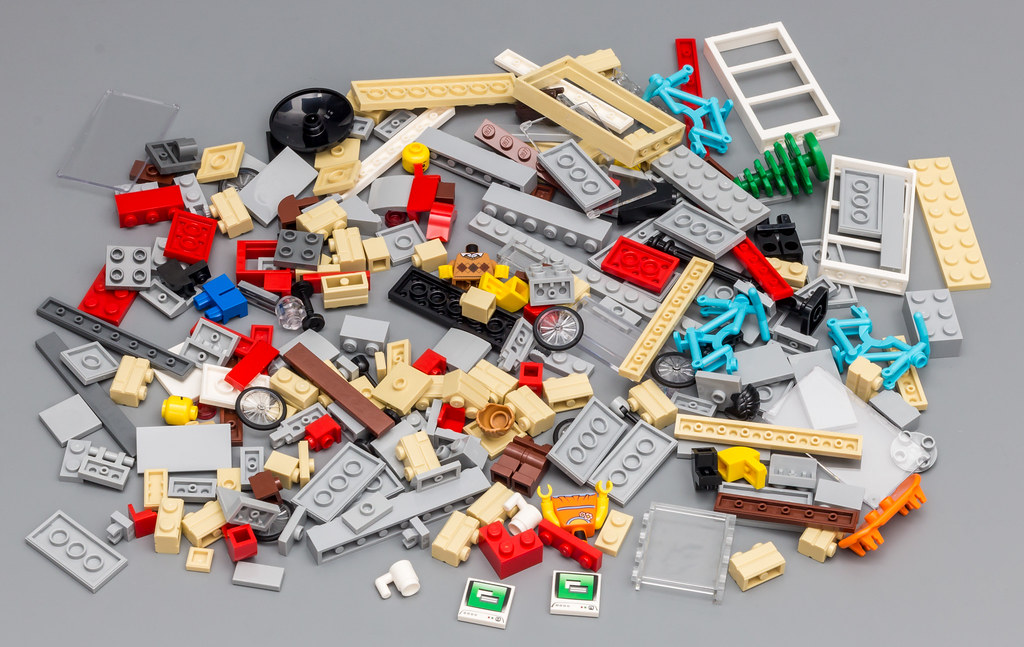 You start by building the kiosk booth, which shows a computer screen for the register and a wonderfully designed coffee machine. You can't read a great magazine without a great coffee to go along with it :thumbup: 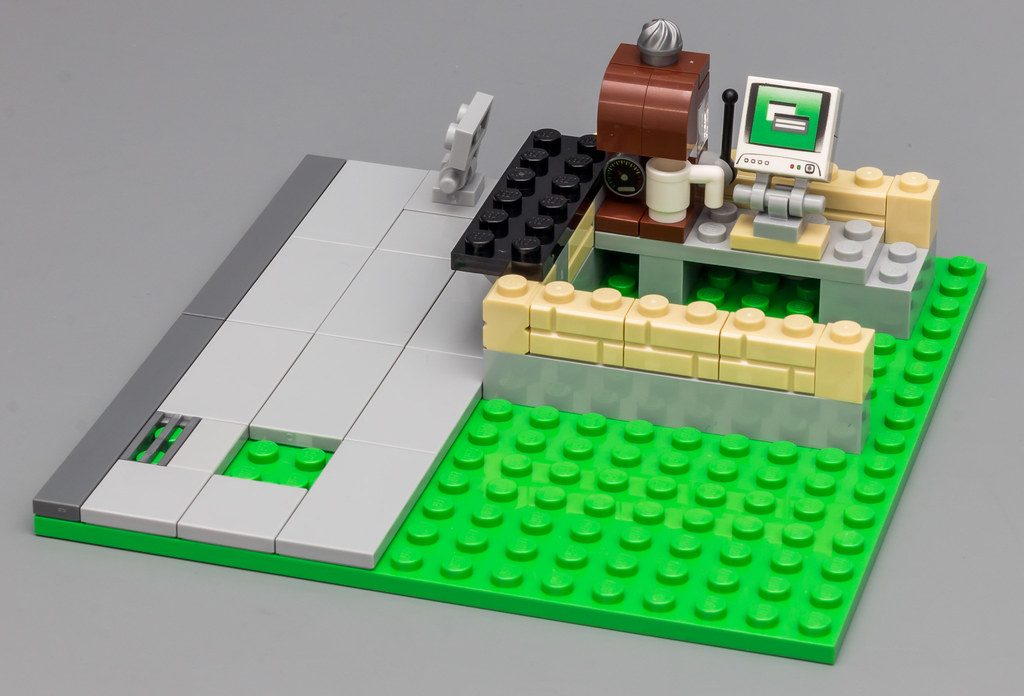 The roof of the kiosk is made by using an interesting building technique. You basically lay the two windows on the top of the building as a roof. They can be easily removed. 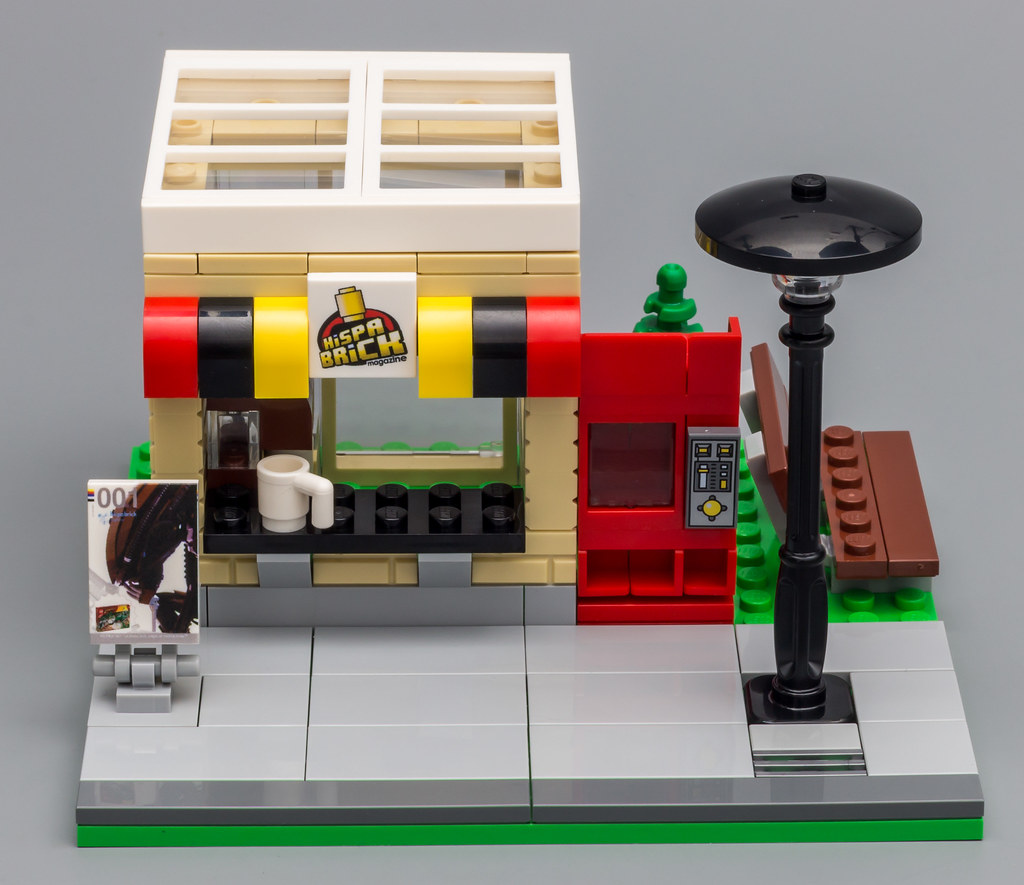 There's a fresh coffee waiting for you on the counter. 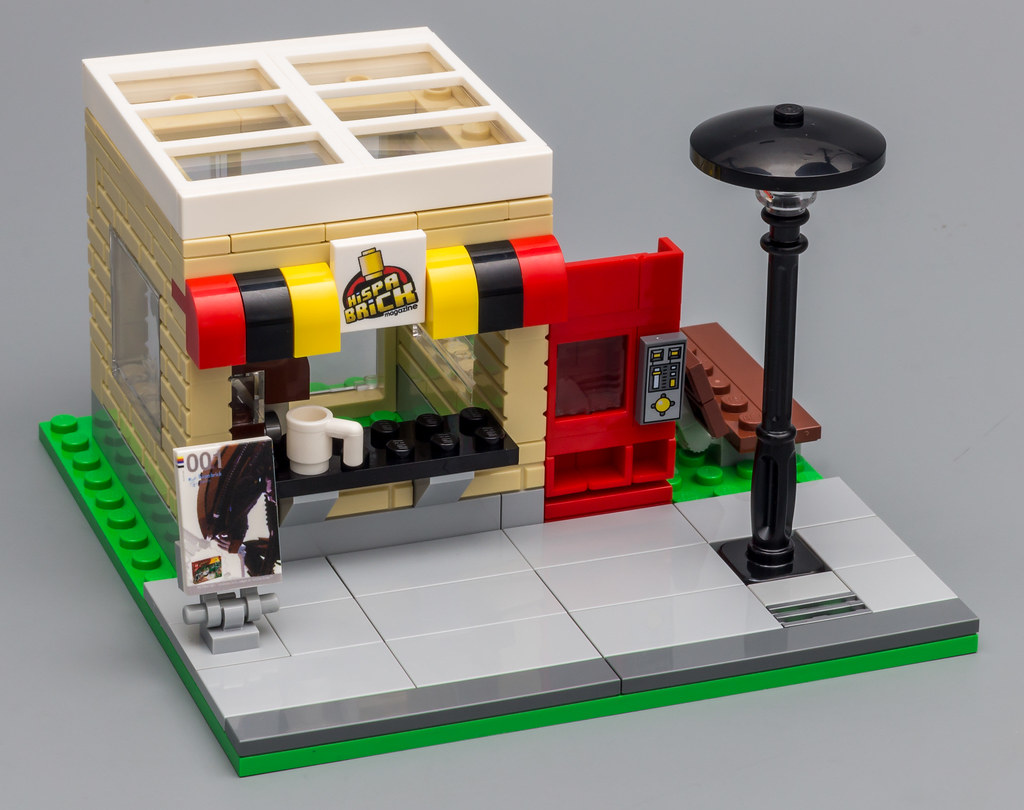 How about getting the latest edition of HispaBrick Magazine and reading it on the bench next to the kiosk. 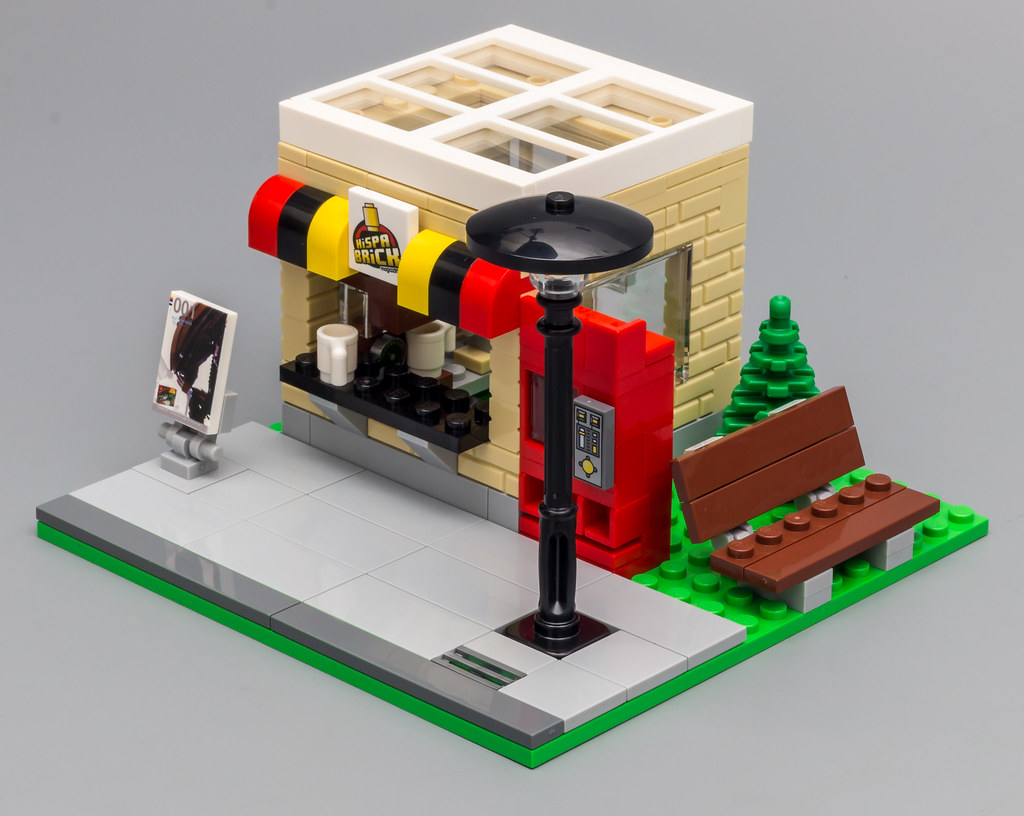 The backdoor of the kiosk...."Employees Only"! 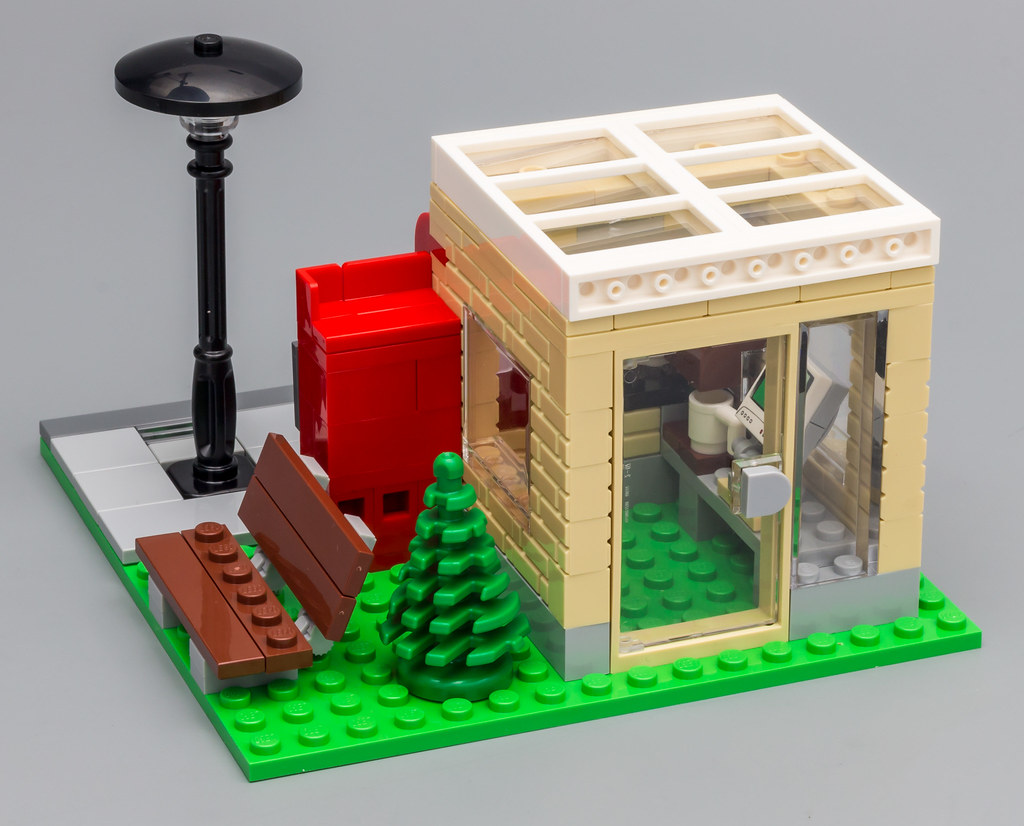 This lovely set doesn't consist of the kiosk alone. You can also rent a bike. And you don't even need to go to a front desk, it's fully automated. 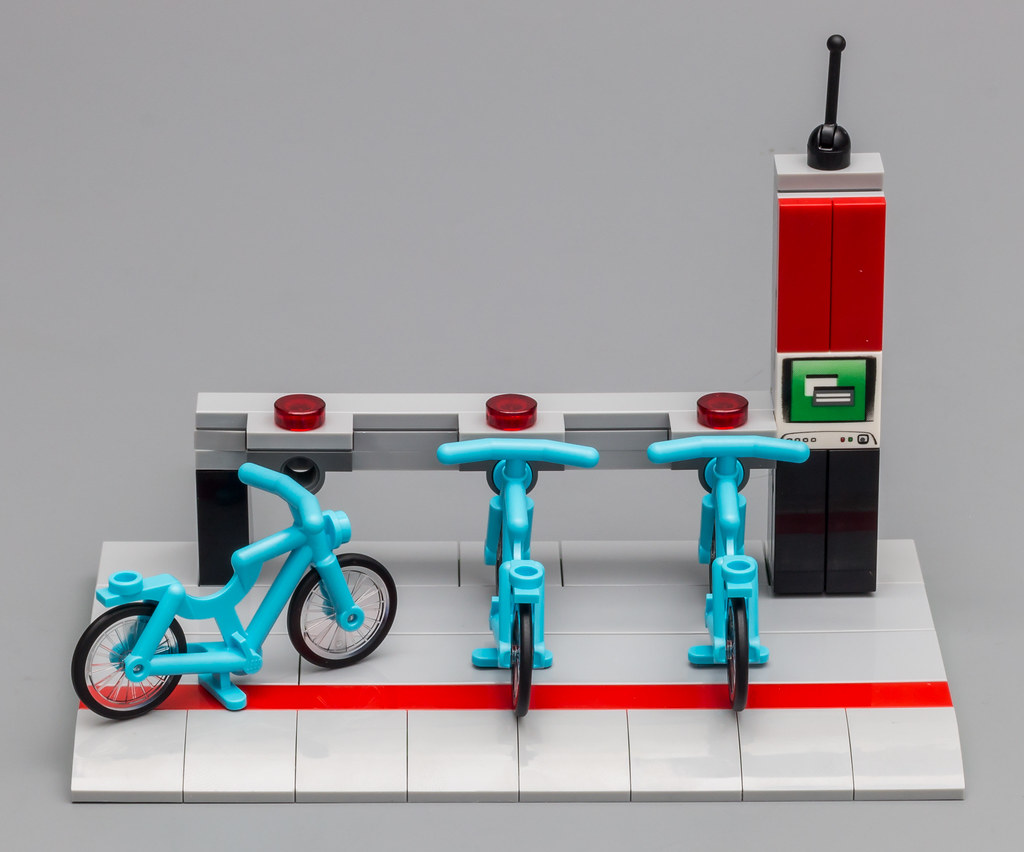 Connecting the bike to the rack is very cleverly done, using the Technic plate with hole to connect to the headlight part of the bike. 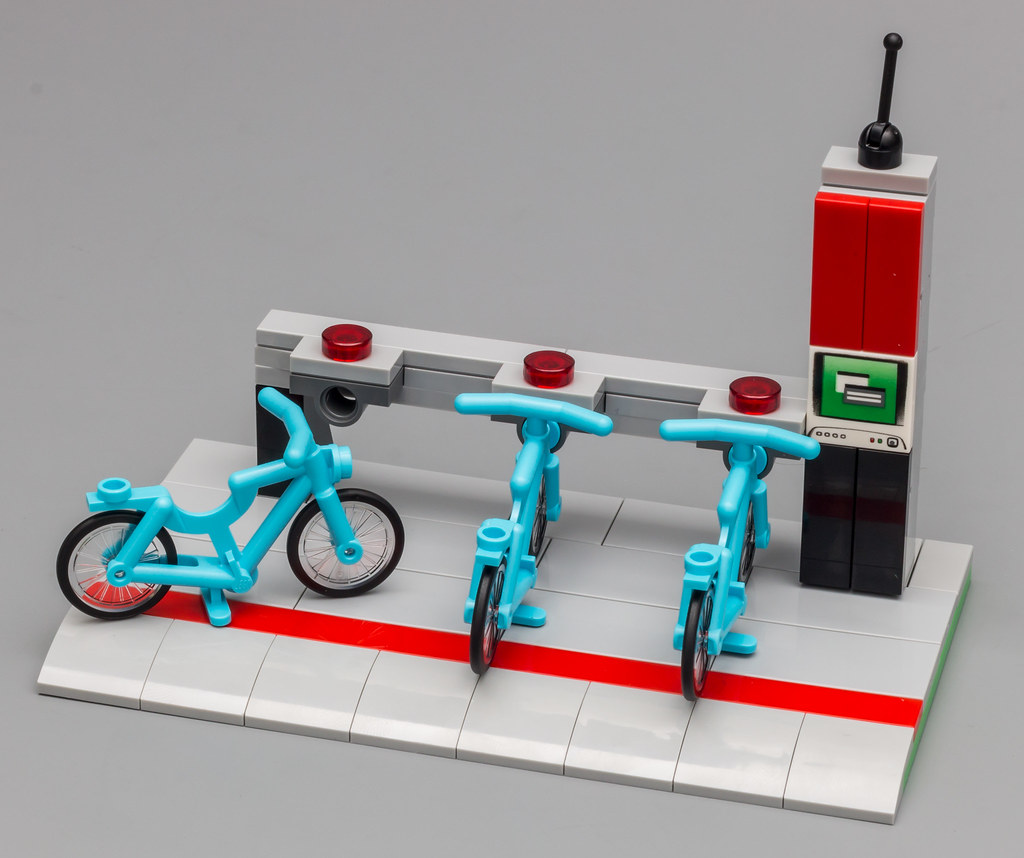 Taddaaaa....the completed model. I haven't used the stickers on the two magazines, because I wanted to keep them new in the box.

The photographer is reading the latest edition... 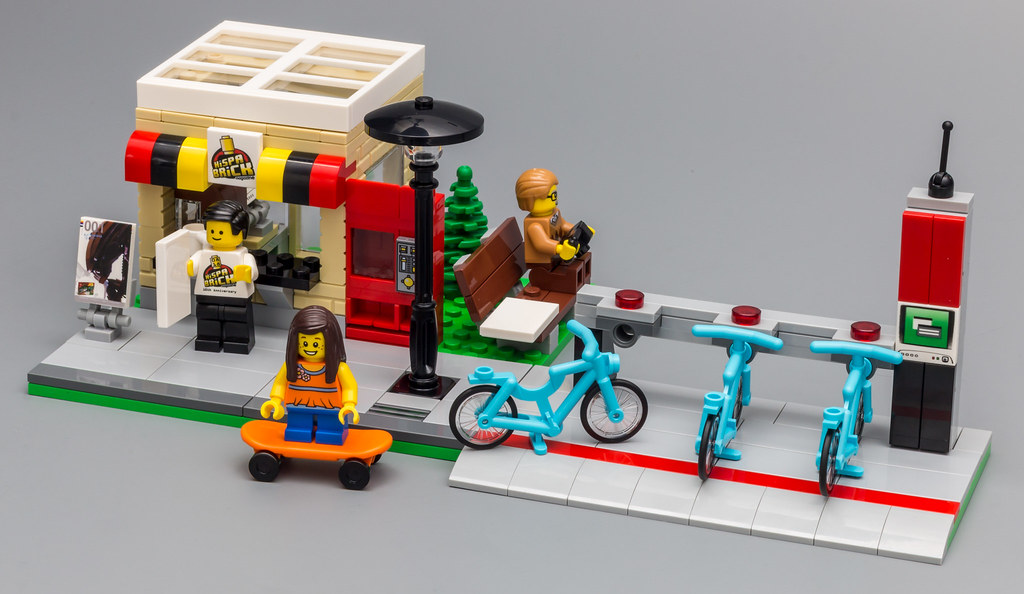 ...while the girls is fooling around with her skateboard.

Isn't this the cutest set ever. I really like it and it will definitely look good in a bigger LEGO city.

One final shot of the set.

I like to thanks Jetro and Lluis for sending me this set. I absolutely love it and I am very proud to have contributed to the the 10th Anniversary of HispaBrick Magazine. I wish you guys all the luck in the future and hopefully I will be writing another review in 5 or 10 years. Take care!