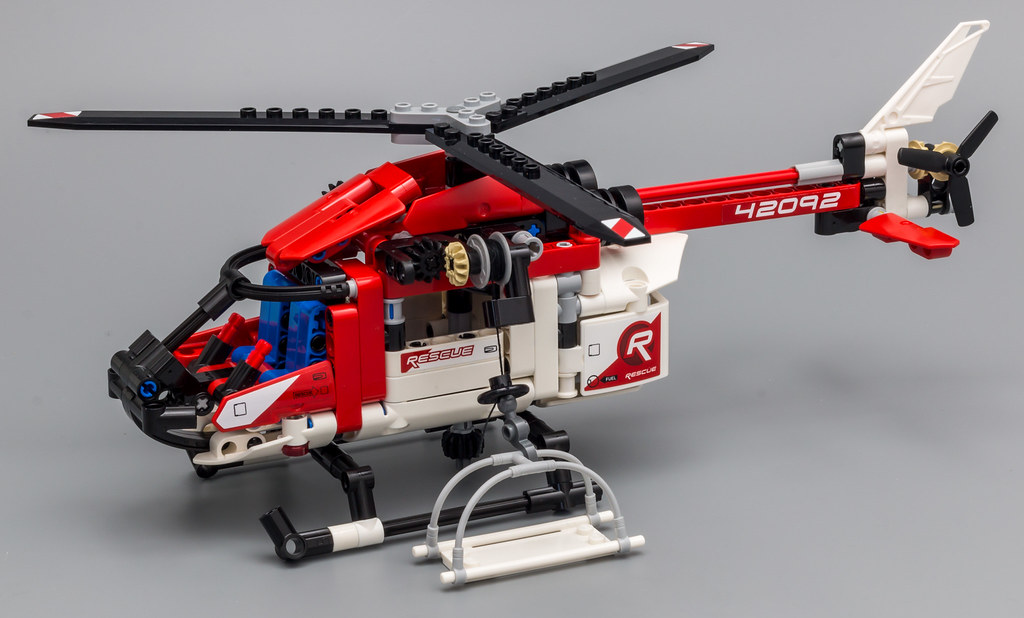 It feels like yesterday that TLG released a rescue helicopter, but actually it dates back quite a few years. I'm talking about the 8068 - Rescue Helicopter released in 2011, packing 408 parts.

In the 2010, one year earlier, TLG released an even smaller (152 parts) helicopter. The 8046 - Helicopter, which is clearly a rescue helicopter as well. 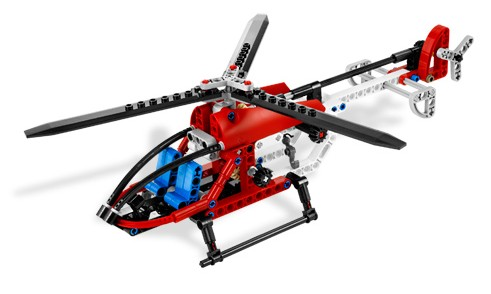 With 325 pieces, the latest rendition lives somewhere between the 2010 and the 2011 version. Let's take off for the review.

DISCLAIMER
This set has been provided by the CEE Team of TLG. It's not my goal to promote this set. It's my goal to give you an honest opinion about it. Therefore, the opinion in this review is my own and is in no way linked to TLG. 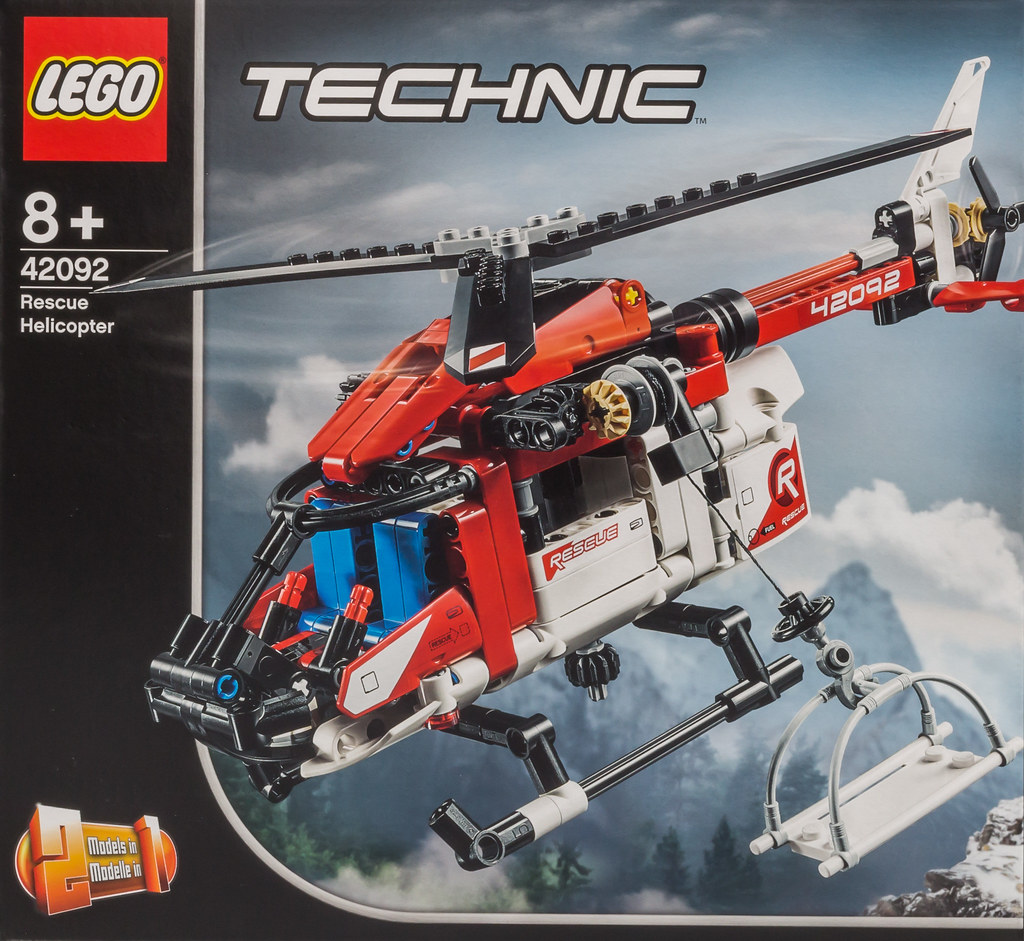 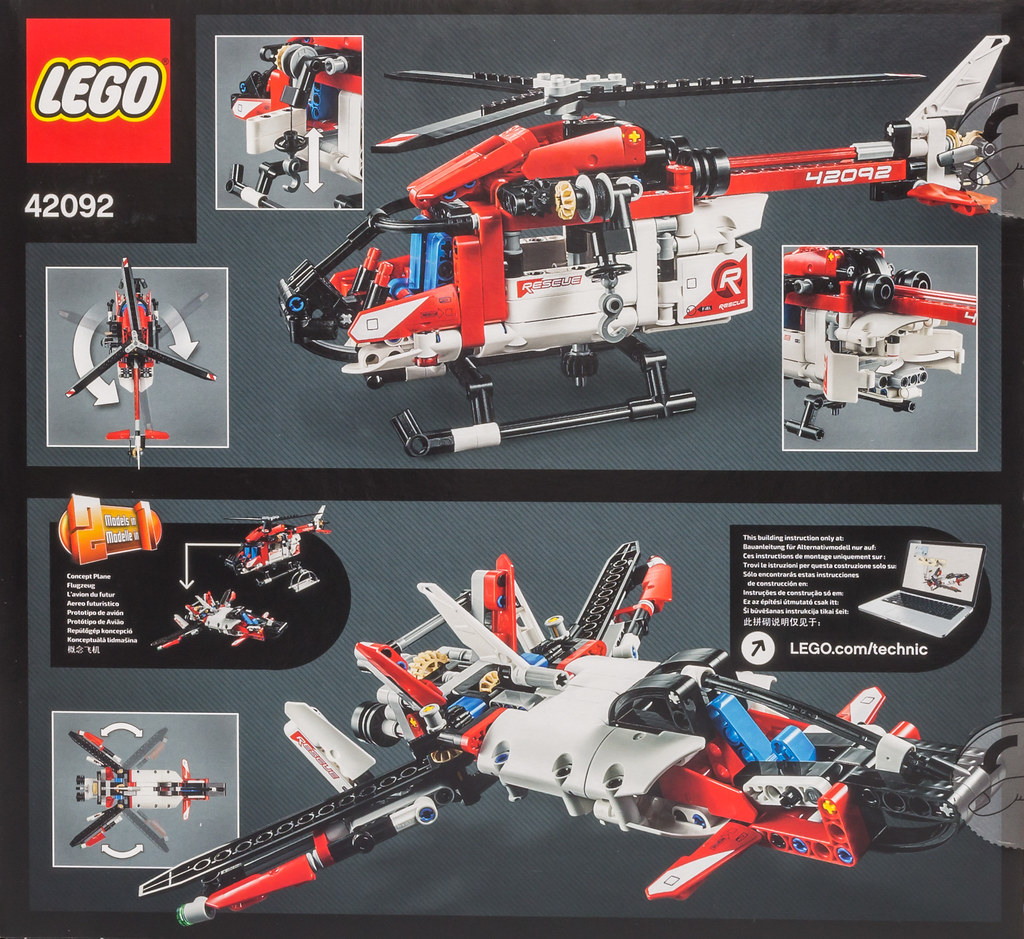 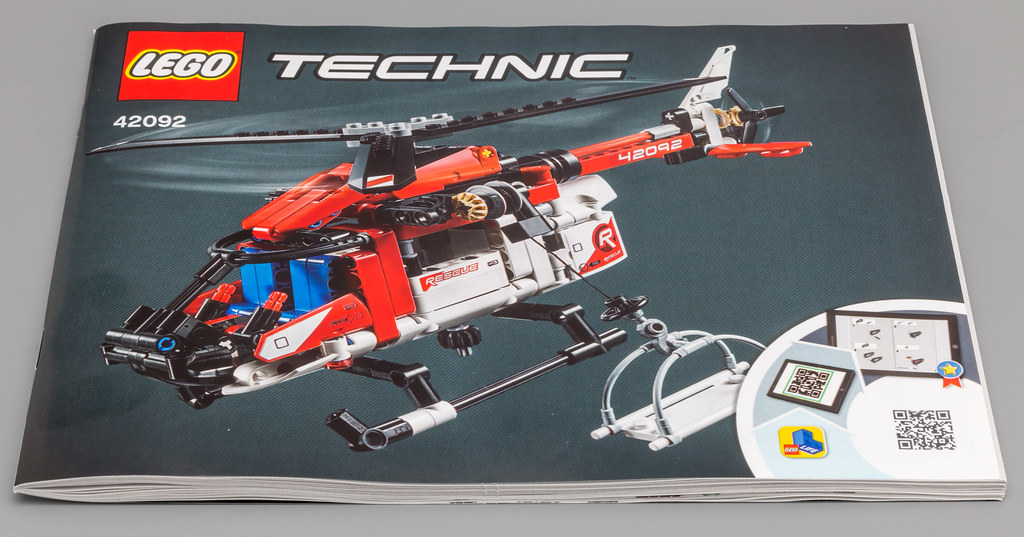 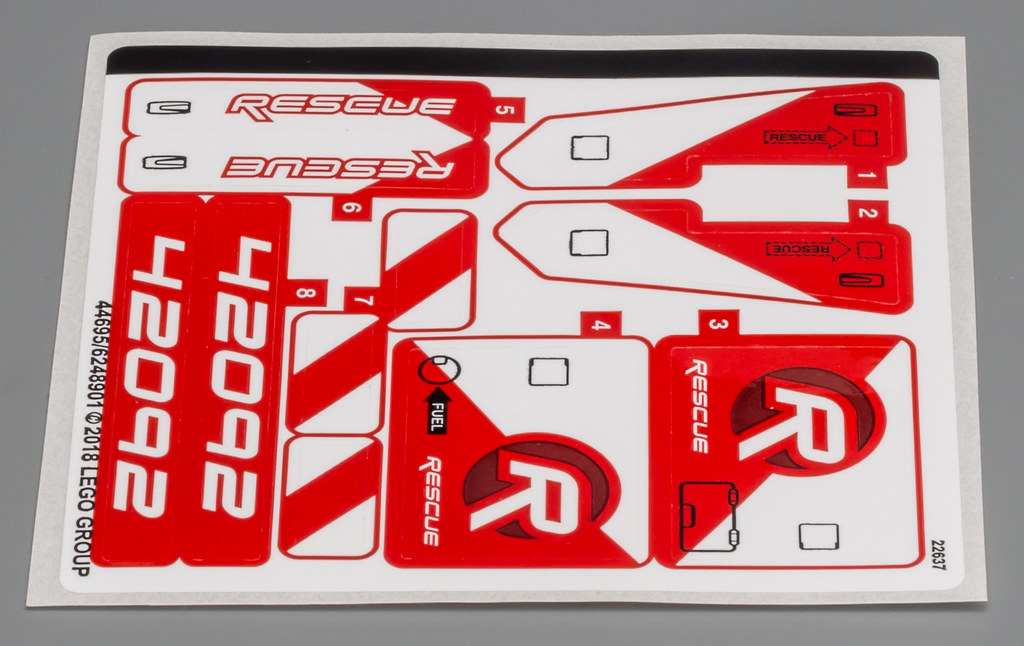 The white Axle and Pin Connector looks new, but it has already been released last year. 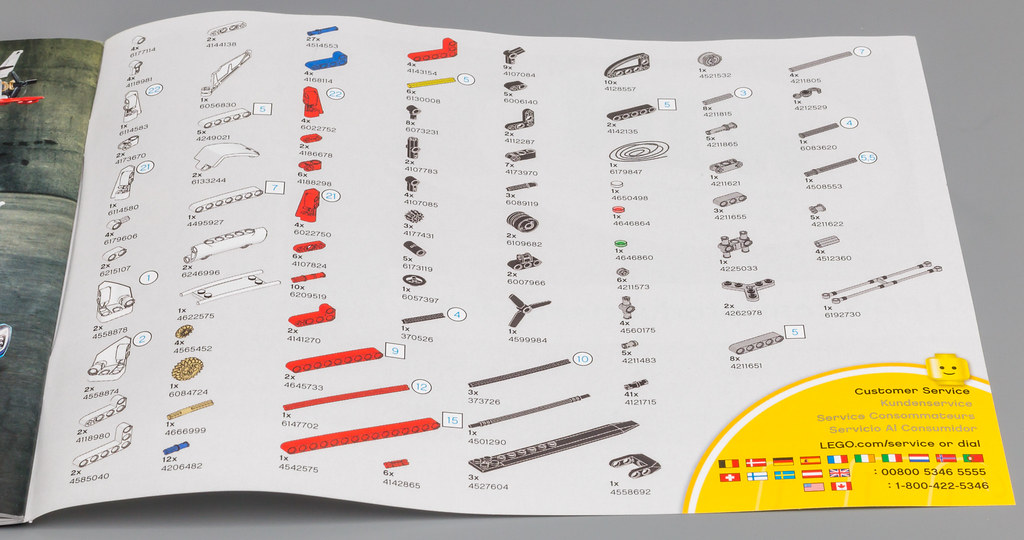 The completed model captures the shape of a real helicopter very well. I was surprised by this. 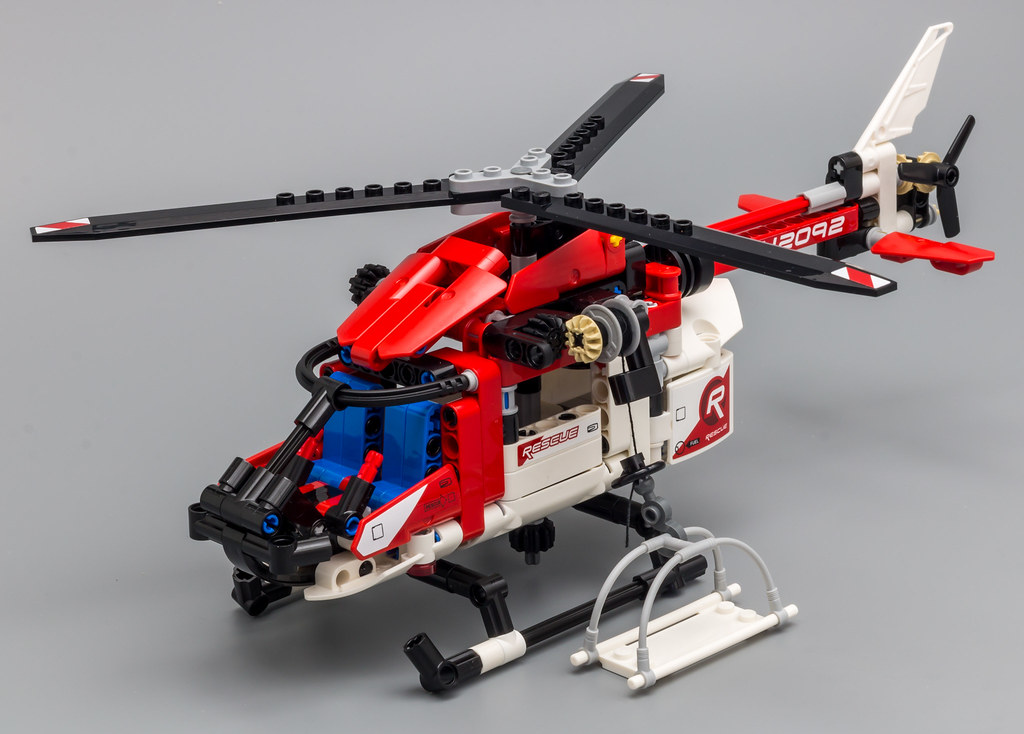 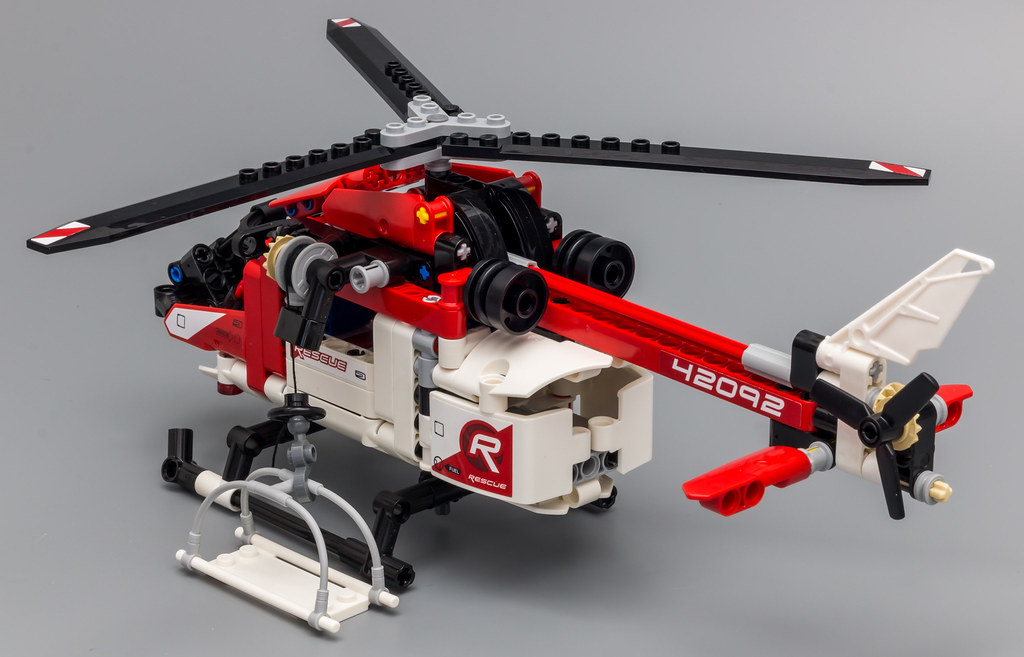 The landing gear has some white details, where you would expect black ones. I suspect this is because these parts are already being used in other sets in white this year. And they are being used in white in the tail of the helicopter as well. TLG tries to limit the number of different colors per set, and over the entire Technic range for a specific release period (e.g. 1H 2019). We have seen this strategy before. It probably has something to do with warehousing logistics and obviously optimising profit. When I get the chance, I will ask one of the designers/employees. 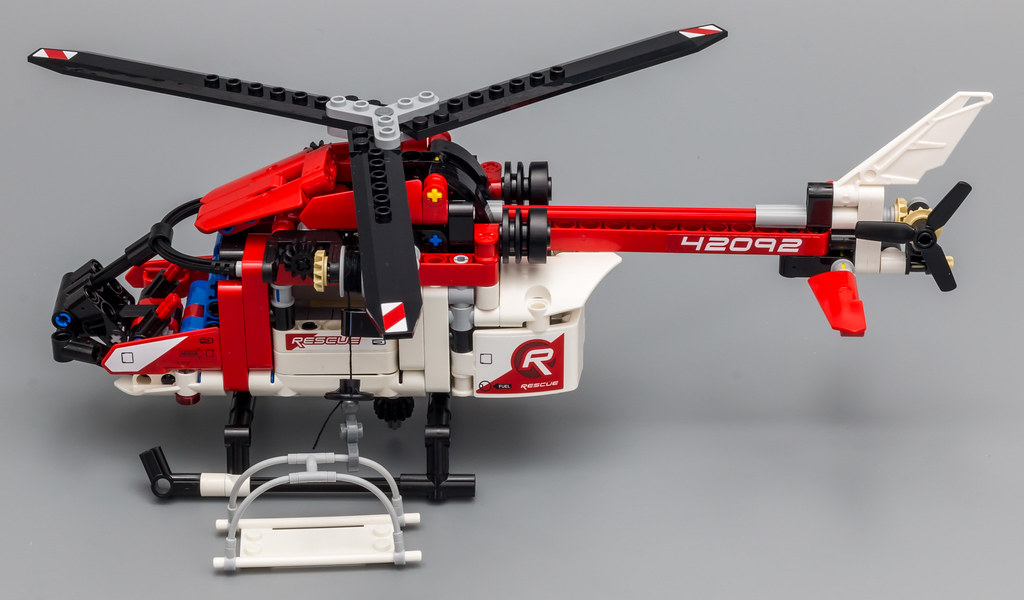 The rear section opens up, but unfortunately the life-bed can't be stowed on the helicopter. This is minor gripe for me. Maybe TLG could have designed a different bed, which would fit in the rear. It feels kinda mandatory to be able to store the bed. 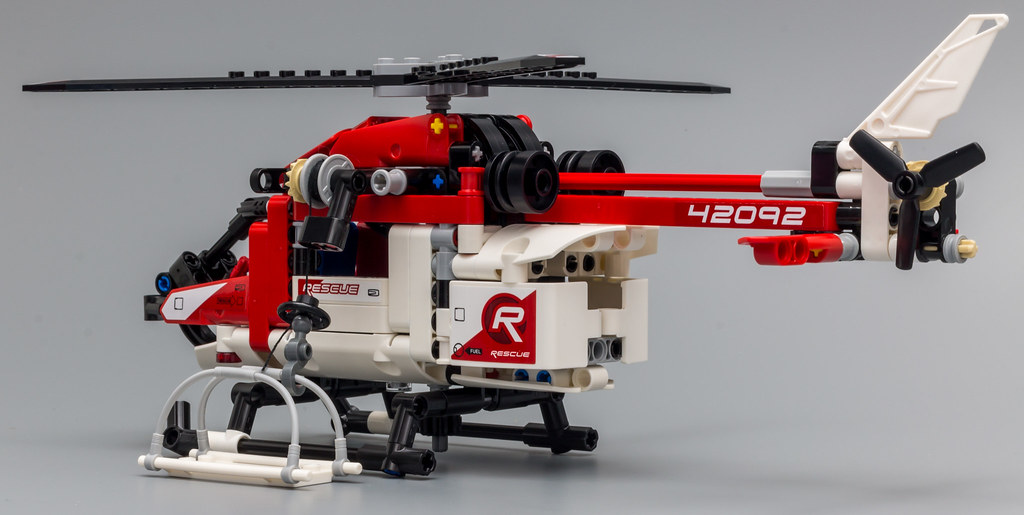 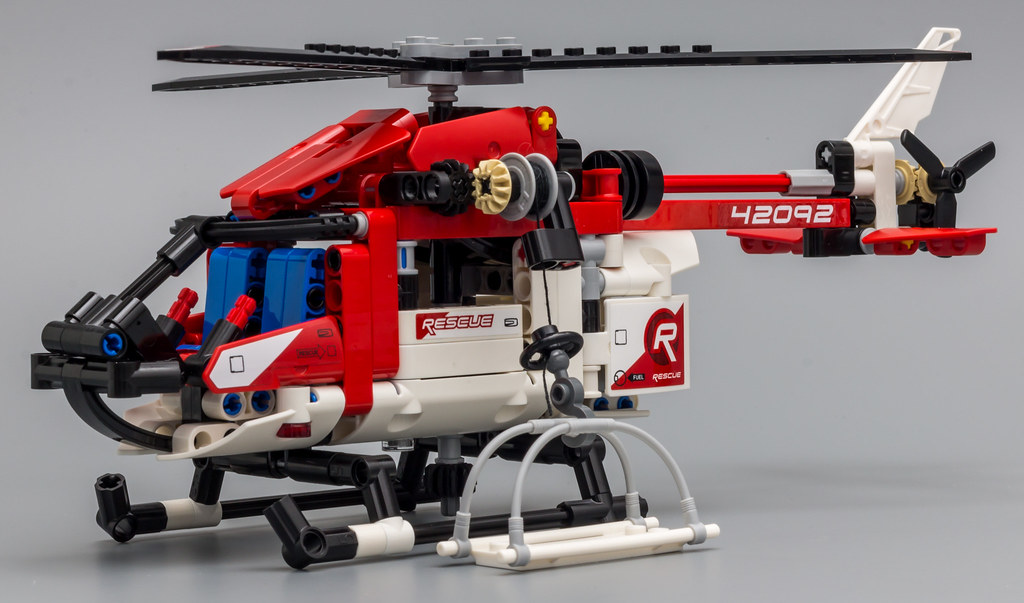 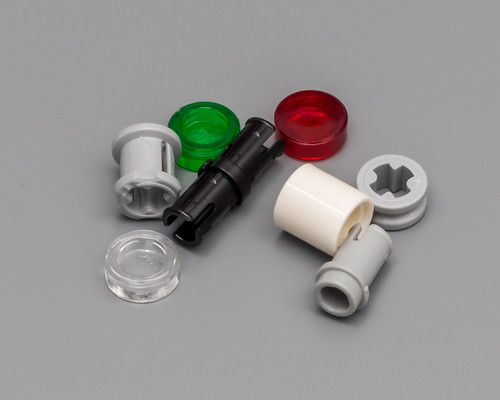 The B-model looks like something well worth building. It's a Concept Plane with moveable wings.

I wasn't expecting much of this set, but it looks really nice for such a small helicopter. It has some playability and the opening rear doors are a cool addition. When I noticed the doors could open, I expected to be able to stow the life-bed (stretcher). Unfortunately this is not the case.

It comes with a B-model which is interesting enough to build. It even has a cool feature (moveable wings).

It captures the shape and looks of a helicopter really well.

Fun to build, but nothing really special.

The opening rear doors and winch are cool extra's.

It has swooshability, but the life bed doesn't fit the helicopter.

The B-model looks interesting enough to build as well.

7,3 FUN ENOUGH TO KEEP THE KIDS BUSY FOR A WHILE

Thanks you for reading this review. All pictures can be found here.